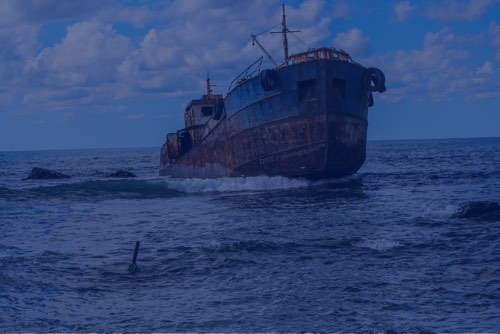 When I decided to make the editing business official, I knew I needed a name. Haiss Editing didn’t exactly roll off the tongue. A good friend suggested I focus on what I love. My favorite thing (after editing) is Great Lakes shipwrecks. Not exactly related to the work I planned on doing, but it was a start.

When I was a kid, my parents had small lake house (read: mobile home) on Whitefish Bay on Lake Superior. Looking out the front window, you could see the light from the Whitefish Point lighthouse, at least when it was clear. When the thick fog rolled in from across the lake, you couldn’t see anything. We visited the Great Lakes Shipwreck Museum the summer I turned 15, and I bought my first shipwreck book: Graveyard of the Great Lakes, by Frederick Stonehouse. It was an encyclopedia of ships that had gone down near our home. At the end of the book, the encyclopedia was expanded to go further in-depth on the Edmund Fitzgerald. It sank on my dad’s birthday the year I was born! I was hooked. I learned everything I could about the Fitzgerald. I still own the book, nearly 30 years later. It’s in rough shape. There are coffee stains on the cover and highlights throughout, focusing on ships I wanted to write stories about.

I decided if I wrote a book with a shipwreck, I’d call the ship “Intrepid.”

Well, I haven’t written a book, but I did create a different kind of ship. Intrepid Editing was launched.

But the logo. How would I come up with a logo? My first thought was a lowercase “i” with three red underlines. It’s a proofreading mark to capitalize that letter. After blowing it up, I thought it looked remarkably like a lighthouse. Wait, was this all coming together? I hired the amazing designer Jen Street to morph that “i” into something more recognizable. She created my first logo and the final iteration (at the top).

I’m a word nerd (obviously), so I also love that the initials are “i.e.” (in other words).

There you go. The birth (berth?) of Intrepid Editing. Two of my favorite things are now one, and I couldn’t be more excited. 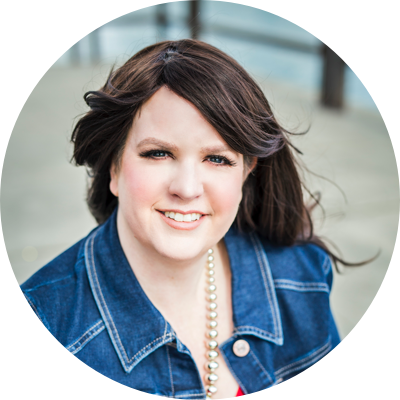 Lisa Haiss knows lots of grammar and punctuation rules, but she also knows rules are meant to be broken.